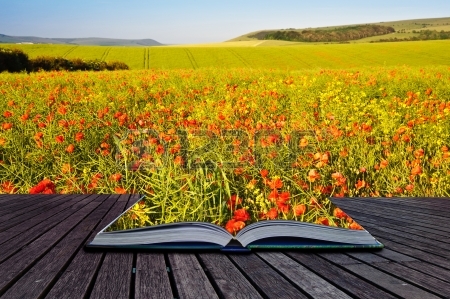 Let’s suppose you have found some images which fit perfectly to your cover. The first impulse will be of putting them together, in some way.

Well, it’s better not to do it. In first instance you can do it just if you are a Photoshop or a Gimp magician. Meaning you are a professional in using graphic. Otherwise, 99% it will result into some sort of strange mixture. It’s like that because every image has its own colors, its own style, its own saturation. It’s not easy to create an harmony among your pictures.

Putting a picture above an another will resemble a paper with something glued on it. The point is that your cover will have to resemble your writing or story, so it’s better to let it look professional and clear.

Another point is that on the stores your cover will appear as a thumbnail among dozen of others. If you put too many items inside it will confuse the potential reader, who will not understand the message, or mood, you would like to convey.

To be short, it’s alright to put some shapes to edit and better your background image, but don’t mix pictures together, neither stick them one above an another. Make it very simple. One very good image conveys more than three or four which you think represent the book.